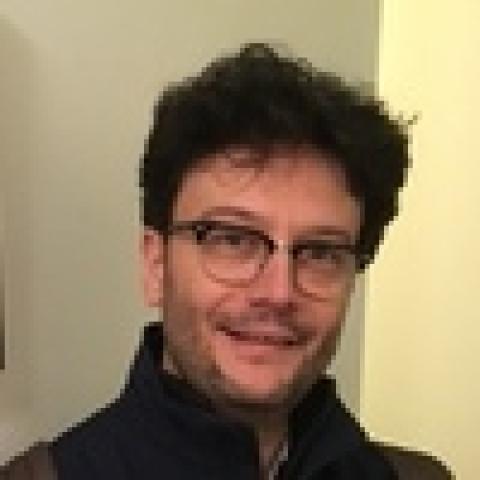 In my scholarship, I seek to place antiquity in dialogue with modernity, defamiliarizing and destabilizing widely accepted critical positions by exploring the emancipatory potential of textual and visual form. Aristophanes and the Cloak of Comedy: Affect, Aesthetics, and the Canon (University of Chicago Press, 2016) theorizes the nexus between canonicity and sensory—especially haptic—materiality. The edited volume The Materiality of Greek Tragedy (Bloomsbury, 2018) tests the advantages and limits of the so-called new materialisms in the interpretation of drama. On the threshold between critique and post-critique, my monograph, Archive Feelings: A Theory of Greek Tragedy (Ohio State University Press, “Classical Memories/Modern Identities,” 2020), examines how contemporary theorizations of the archive (especially Derrida’s Mal d’Archive) and the death drive (in Freud as well as Bersani, Butler, Edelman, Deleuze, Lacan, Rancière, and Žižek) can help us understand the aesthetic experience of tragedy. Through an engagement with the texts of ancient plays, art (Francis Bacon, Cy Twombly), architecture (Daniel Libeskind), and film, I locate Greek tragedy’s aesthetic allure beyond catharsis in a vertiginous sense of giddy suspension, in a spiral of life-death that resists equilibrium, stabilization, and all forms of normativity.

In March 2022, there was a Syndicate symposium on the book, with responses by Karen Bassi, Sean Gurd, Paul Kotman, Helen Morales, and Daniel Orrells: https://syndicate.network/symposia/literature/archive-feelings/

I have finished a new book on comedy and political theory entitled Resistant Form: Aristophanes and the Comedy of Crisis (forthcoming in 2023 from Tangent, Punctum Books), which is centered around theoretically engaged readings of Birds, Frogs, Lysistrata and Women at the Thesmophoria as well as the comic style of critical theory. Here is the link to the webpage: https://punctumbooks.com/titles/resistant-form-aristophanes-and-the-comedy-of-crisis/

I am now finishing another book on tragedy entitled Greek Tragedy in a Global Crisis: Reading through Pandemic Times (forthcoming in 2023 with Bloomsbury). With Sean Gurd, I am co-editing The Before and the After: Critical Asynchrony Now.

With Sarah Olsen, I edited Queer Euripides: A Re-Reading (18 Plays, 20 Readers) (Bloomsbury 2022). For a podcast on the book, see https://www.bloomsburyacademicpod.com/2022/07/queer-euripides-part-one/

With Sarah Nooter another volume entitled Radical Formalism: Reinventing the Literary in Antiquity and Beyond.

With Andrew Benjamin I am also co-editing a volume on Niobes entitled Niobe's: Antiquity Modernity Critical Theory (under contract with OSU press).

With Damon Young and Debarati Sanyal, I edited a special issue of Representations entitled Proximities: Reading with Judith Butler. A book entitled Judith Butler and the Ethics of Greek Tragedy is under contract with Bloomsbury for the series Classical Receptions in Twentieth-Century Writing.

I am the chief editor of the journal Classical Antiquity (https://online.ucpress.edu/ca). I also serve on the editorial board of Representations.

The Materialities of Greek Tragedy (Bloomsbury), co-edited with Melissa Mueller, 2018

Aristophanes and the Cloak of Comedy: Affect, Aesthetics, and the Canon (University of Chicago Press), 2016

Comedy and the Discourse of Genres (CUP), co-edited with E. Bakola and L. Prauscello, 2013

"Chal Chal Chal: Apollonius's Talos Tales (and Medea's). In Radical Formalisms: Rethinking the Literary in Graeco-Roman Antiquity and Beyond, Bloomsbury

"Derrida, Blanchot, and the Gimmick: Writing Disaster in Euripides' Bacchae " in S. Gurd and M. Telò, The Before and the After: Critical Asynchrony Now (Tangents, Punctum Books)

"Laughter, or Aristophanes' Joy in the Face of Death," in P. Swallow and E. Hall, Aristophanic Humour (Bloomsbury)

"Between Emotion and the Emetic: Francis Bacon and the Tragic Body at the Margins of the Oresteia," Literary Imagination 22, 2020

"The Politics of Dissensus in Aristophanes' Birds" in R. Rosen and H. Foley, Aristophanes and Politics: New Essays (Brill 2020)