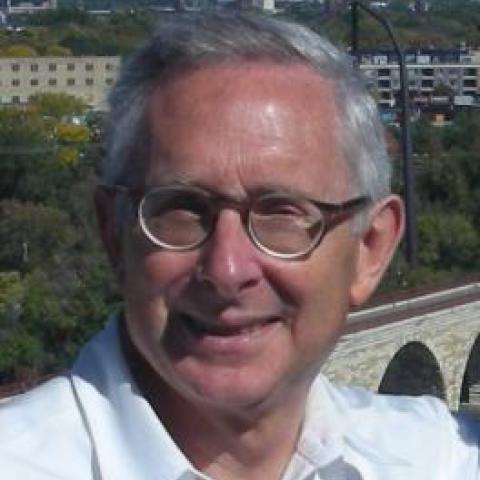 Robert Knapp was raised in Mt. Pleasant, Michigan. He earned his B.A degree in 1968 from Central Michigan University, majoring in History and Spanish. In 1973 he completed his Ph.D. in Ancient History at the University of Pennsylvania. His dissertation under the direction of Robert E. A. Palmer was on the Roman experience in the Spanish peninsula, 218-100 B.C. After a brief stint in the Classics Department at Colby College in Waterville, Maine, and another in the History Department at the University of Utah, he settled into the Classics Department at the University of California, Berkeley in 1974. He remained there, advancing eventually to the rank of Professor. In addition to his teaching and research, he served in numerous administrative posts including chairman of the Classics Department and of the Department of East Asian Languages and Cultures, as a dean in the College of Letters and Science, and as Chairman of the Berkeley faculty Senate. He retired 2006.

While at Berkeley he won the Letters and Science Outstanding Undergraduate Advising Award (2002) for his commitment to undergraduate education and the Berkeley Citation (2006) for his thirty years of service to the University. In 2012 he was named the Distinguished Alumnus of the Year at his alma mater, Central Michigan University.

Special interests include teaching of Latin, researching a wide variety of topics related to his first love, Roman Spain, and, most recently, a focus on Roman social history, especially the story of ordinary men and women in Romano-Greek antiquity. In addition, and far from the ancient world, he enjoys researching the local history of Clare, Michigan, where he is restoring the 1888 log home originally built by his great-grandfather.

Besides numerous academic articles, Knapp has written a wide range of books.

Community of Learning History and Memories. The Laboratory School Central Michigan University 1895-1970 (2021) tells the story of the laboratory schools at Central through the lenses of historical document, images, and personal memories.

Gangsters Up North: Mobsters, Mafia, and Racketeers in Michigan's Vacationlands (2020) tell the myths and facts of hoodlum involvement in northern Michigan (2020) sets our to examine the truths, myths, and downright fabrications about activities of Detroit, Chicago, Toledo, and Cleveland gangsters during the Prohibition Era.

Small-Town Citizen Minion of the Mob. Sam Garfield's Two Lives--Purple Gangsters, Meyer Lansky, and Life in Clare Michigan (2018) examines the life of an important agent of 20th century gangsters as he facilitated their illegal deals while living a quiet life in rural Michigan. Cliophile Press. Available on Amazon.

The Dawn of Christianity. People and Gods in a Time of Magic and Miracles (2017) looks at ordinary men and women at the dawn of Christianity and asks how their experience established what was to become a world religion. Available from Profile Books (UK & World) and Harvard University Press (North America) and on Amazon.

Mystery Man. Gangsters, Oil, and Murder in Michigan (2014). Isaiah Leebove and Jack Livingston were two amazing characters whose different but equally fascinating life trajectories ended with murder in the barroom of the famous Doherty Hotel in Clare, Michigan. Cliophile Press. Available on Amazon.

Clare 1865-1940 (2012) recounts the story of a small Michigan town as it emerged from the white pine wilderness to become an oil capital of Michigan. Arcadia Images of American series. Available on Amazon.

Nemea III: The Coins (with John Mac Isaac) (2004). In this thorough treatment of the thousands of coins found in the University of California, Berkeley, excavations at Nemea, Greece, Knapp not only publishes the classical coins, he also contributes to a firmer understanding of how the study of coinage can help develop a fuller picture of how an archaeological site developed and was organized.

Barrington Atlas of the Greek and Roman World (editor for Iberia) (2000). The Barrington Atlas was a collaborative project of many scholars. Knapp contributed to the work on the Iberian peninsula and coordinated the research for the entire area.

Finis Rei Publicae: Eyewitnesses to the End of the Roman Republic (with Pamela Vaughn) (1999) is a textbook for third semester Latin students. It focuses on the period of the conflict between Caesar and Pompey for control of the Roman state. Using Caesar's Civil War as a text, the book brings students to appreciate not only Latin prose, but the stylistic and propagandistic accomplishments of Caesar.

Latin Inscriptions from Central Spain (1992) collects, published, and studies inscriptions on stone from the Spanish provinces of Madrid, Avila, and Segovia.

Roman Córdoba (1983) is the first full-length treatment of one of the most important cities of Roman Spain.

Aspects of the Roman Experience in Iberia, 206-100 B.C. (1977) is his revised dissertation. It incorporates a wide spectrum of sources to present a coherent picture of how the Romans first became involved in warfare on the Iberian peninsula and then, over the next hundred years, how their continuing presence formed the foundation upon which the prosperous and important Roman provinces developed there.

Works in progress include

Small Town Main Street. McEwan Street, the heart of Clare, Michigan, is a case study in changes an American small town business districts underwent during the century of its existence.

Knapp lives with his wife, Carolyn, in Oakland, California, but visits Michigan often.