The Rhythms of Rome:
Seasonality and society in the early empire 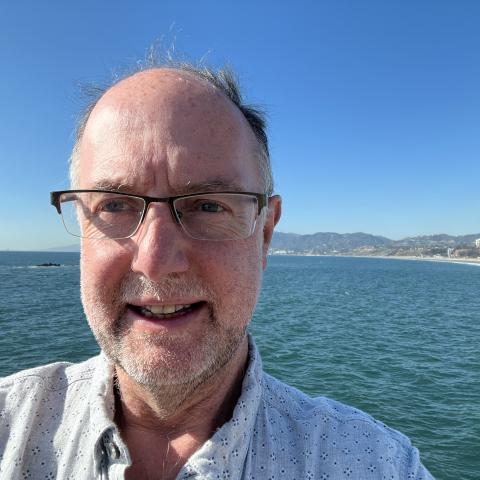 After earning his PhD at the University of Cambridge in 1990, Greg Woolf taught at Oxford before taking up a position first as Professor of Ancient History at the University of St. Andrews (1998), then (in 2015) as Professor of Classics and Director of the Institute of Classical Studies at the University of London, and since 2021 as the Ronald J. Mellor Distinguished Chair of Ancient History at the University of California, Los Angeles. His long list of honors includes a Leverhulme Trust Fellowship (2009-12), election to the Academia Europaea (2016), the British Academy (2017), and the European Academy of Sciences and Arts, and the delivery of major named lectures, most recently the Todd Lecture (Sydney 2017), the Syme Lecture (Oxford 2017), the Landsdowne Lectures (Victoria 2018), and the Townsend Lectures (Cornell 2018).

Woolf is a renowned and influential historian of the ancient Mediterranean world, especially of Rome, its empire, and its periphery. His work has explored the cultural, social, and economic history of the ancient world, drawing on archaeological, epigraphical, and literary evidence; his program of research returns regularly to questions of imperialism, trade, migration, literacy, cultural change, settlement, and religion. He is the author of many articles and five books, most recently The Life and Death of Ancient Cities: A Natural History (Oxford 2021); his study Rome: An Empire’s Story (Oxford, 2012) has been translated into German, Italian, and Portuguese, and a revised and expanded second edition of it appeared in 2021. He has edited or co-edited ten volumes, co-edits or sits on the board of five monograph series and is past editor of the Journal of Roman Studies. During his stay in Berkeley, in addition to delivering his series of Sather lectures, he will be conducting a graduate seminar on the forest in ancient Mediterranean life. 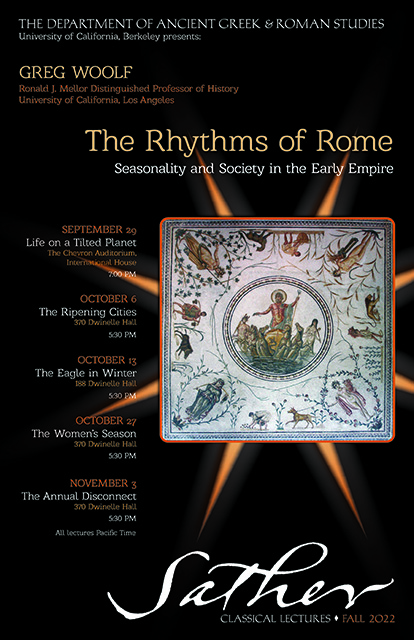